This article will take a closer look at the Forex trading strategy using a combination of candles called "Tweezers".

This combination includes only two candles having almost the same high or low levels. There are two kinds of formations: a bearish Tweezer Top and a bullish Tweezer Bottom.

Note that the candles do not necessarily follow each other. It is important that the combination be preceded by a strong trend: by the bearish one for Tweezer Bottom, and vice versa.

The combination formed in a flat movement will have no effect.

Requirements for the strategy:

For example, let`s have a look at the chart of the pair GBP/USD. In March, we had at least two Bottoming Tweezers combinations; the first one formed on March 16. First a strong downtrend occurred and then it was followed by two candles with almost the same lows (the difference should not exceed 10pp). Enter once the next candle opens. Place Stop Loss at the low of the previous candle and set Take Profit three times bigger than Stop Loss. You can exit after the sell combination has formed. 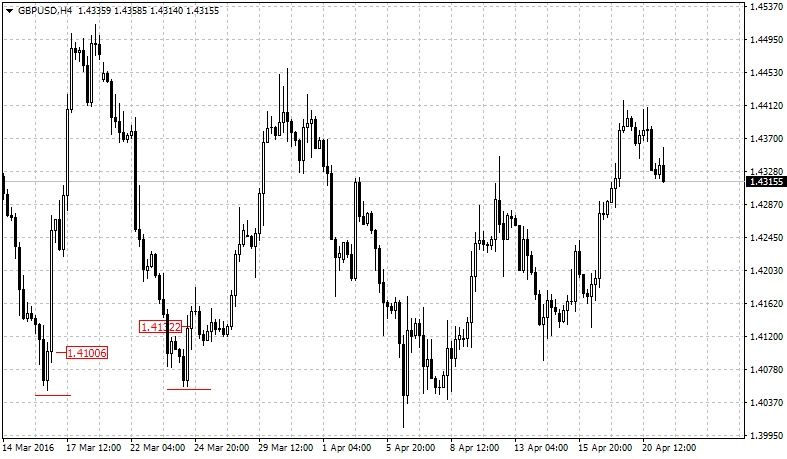 The above-described entry terms are valid for selling, that is for the bearish Tweezer Top. First forms a strong uptrend, then come two candles with almost the same highs. We enter when the next candle opens, set Stop Loss at the high of the previous one, place Take Profit three times bigger or wait for a buy combination to form.